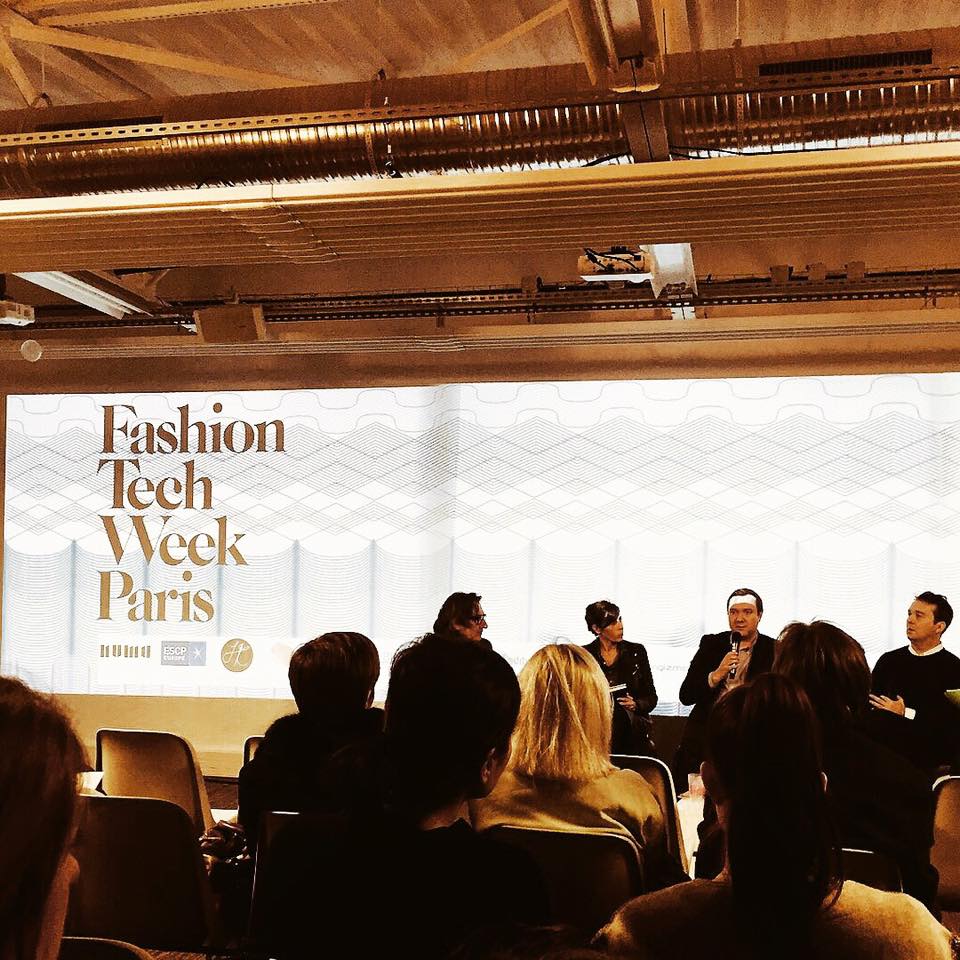 Last week our own Noemie Balmat attended the second Paris Fashion & Tech Week organised by NUMA. We gathered the most important insights from each day.

The panel included:
From digital opportunities in communication to pure innovation, how can brands innovate in the industry? Innovation of course doesn't come without financial backing. That said, in terms of investments, France is behind other places in Europe and the US, where it is much more easier to raise money. Even though the two biggest innovation hubs are US and Europe, the investments in each vary drastically: €2-4 bn in the US, €400 m in the EU of which €100 m in France.
David Lamarche from Aigle, gave an example of innovation in retail in the face of Tcheckit app that lets consumers earn money when they conduct market research in stores by taking pictures and answering a few questions.
As innovation usually happens from small, agile and young teams, how can big companies with old (mindset) senior managers be ahead of the curve too? P.F. Lelouet from Nelly Rodi said that this has started to change and senior managers have started to recognise the imporance of innovation and contribution from younger teams for their businesses. Lelouet said that now established fashion groups need to collaborate with startups to truly add fresh approaches to their businesses.

The winner? Clother, a menswear app crowd-curated by women. They were also the winner in the first edition of Paris Fashion & Tech Week back in September 2014.

On Wednesday, we attended a panel with Loic Bocher, Co-founder et General Director of Collector Square, Annabelle Nahum, Co-Founder of MyCoutureCorner, Nicolas Petitjean, Innovation Director of DBApparel Europe and Philippe Ribera, Software Marketing Director of Lectra. The topic? How new technologies can enhance and help the fashion industry to innovate.

THURSDAY | Communication in the Digital Era

A round table with:

In a crowded fashion landscape, advertisers need to find scarcity to emerge in the digital landscape. Too many companies aim at the same or similar customer segment, so how do they differentiate? Finding new ways to communicate through social media such as Snapchat, emerging technologies or getting closer to consumers thanks to an insight-based approach were some of the options to stand out from the crowd, according to the panel.

Our favorite project? Exocet, a beautiful handbags brand with 3D-printed origami-like ornaments, created by two young designers from Beirut & Hong-Kong, who both graduated from ESMOD in Paris.