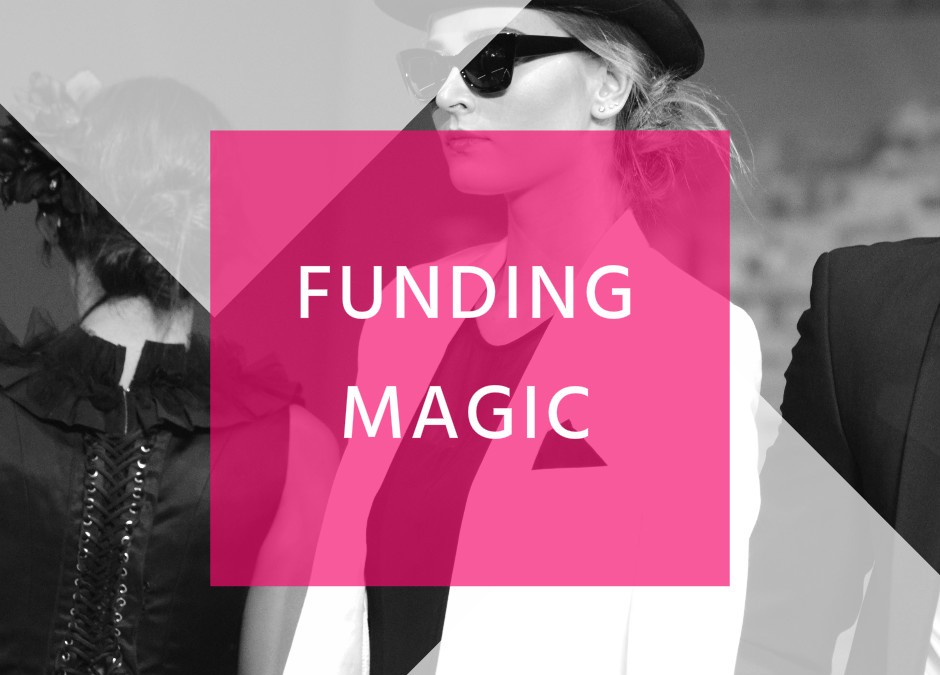 While fashiontech is still a considerably new field, it feels like startups in the space are popping up almost daily. And, to make these new companies sustainable and successful, it is crucial for founders to make the right decisions when it comes to funding. At INTERLACED 2015, experts in the field discussed the challenges and opportunities when it comes to funding a fashion tech startup.

Amalia started by asking the speakers a fundamental questions - What are investors looking for before deciding whether to back up a startup. “Depends on the stage that you’re investing with. With early stage startups, no one really knows what’s going to be successful. But there are things that you know are going to fail”, said Chris Chabot, explaining that while you can never be sure if a startup idea will be successful, the obvious red flags to look out for is the relationship and expertise of the founders.

“There’s a matrix of factors that you look at. This includes timing, team, products, if the founders know how to build a business, if they’ve done anything interesting in their lives before. But again, you can’t be 100% sure. We say it’s easy to iterate yourself from the bad products but it’s not easy to iterate yourself from a bad team. That’s why we see it as a fundamental factor.”

“There are three things that stand out” – added David Norris – “The high dependency on working capital – if a business model requires lots of cash to be spent upfront that makes it less attractive; How well do the founders know their customers – what evidence do they have that the customers have the need they have identified; the market opportunity and the size of the opportunity”, continued Norris, explaining that sometimes investors would see businesses which are great but not right for venture capital.

Venture capital is indeed not the only way of raising money. Crowdfunding via platforms like Kickstarter and Indiegogo has seen many founders making their dream into a real business. However, that type of funding has its challenges too. “It’s massively important how you price and position your product on such platforms”, advised Piers Ridyard, who has run a number of successful crowdfunding campaigns already. “You need to make sure that even if you reach your funding goal, you’ll make enough margin to pay for the tooling and also for any mistakes. It’s so important that you don’t do just three times multiple or less when you’re doing a Kickstarter. Unless you have an incredibly experienced team who have done the exact same thing in the past, you’re going to make mistakes and you’ll need to have margins. Otherwise you’re not going to be able to deliver or will have to raise money at a massively lower value at what your company is worth. More importantly, if you get to the end and you’re not able to deliver, you can’t raise more money and you have spent all that you’ve raised, you can get sued. Crowdfunding is not a small undertaking any more.”

If a founder has done a successful Kickstarter campaign is that attractive to VC investors? “That’s fantastic because you’re validating the business model of your startup and have real customer feedback. Crowdfunding as a category has been validated”, said Norris.

This statement was also echoed by Chabot: “That’s a really good sign. It’s a great validation that people not only like your product but are also willing to invest. And let’s not forget that on Kickstarter most of the projects don’t get funded. So the fact that you’ve reached your goal tells me that this is also a product that people love talking about. It’s hard to build a product that is really great and markets itself. And a successful crowdfunding campaign is a fantastic signal of that.”

And while it’s safe to say raising funds is mostly the core reason for founders to seek investors, feedback is just as important but sometimes probably even more difficult to obtain.

Chris advised that even if a founder has been turned down by a VC company, they usually want to be on good terms with then because “investments come all the time and if the founders figure out how to turn around the problems that we see, we want to have a great relationship with them.” He went on to say founders can use that to their advantage by asking what are the things that need to change before the VC company consider the startup as a good investment. “Then focus on those, keep improving your products, send them a progress email every couple of weeks and you could turn a ‘no’ into a ‘yes’. There are definitely points in time of building a company when you’re more or less attractive to investors. You have different proof points – the ideation stage, initial traction, quite a bit of traction and accelerating that. Between those phases it’s incredibly difficult to raise money because at that point you should have raised enough to take it to the next mile.”

“If you’re raising money from VC or business angels they would usually want to have someone on the board, be kept up to date with the progress of the company and provide help where required”, said Justin Edgar, who’s been advising startups on the legalities of running a business.

Of course, as in any industry, who you know is just as important as what you know. “Usually, investors know a lot of other investors. So, on the entrepreneur side of things, if a VC turns you down, ask if they can introduce you to someone who might be interested to whom you might be a better fit”, recommended Ridyard.