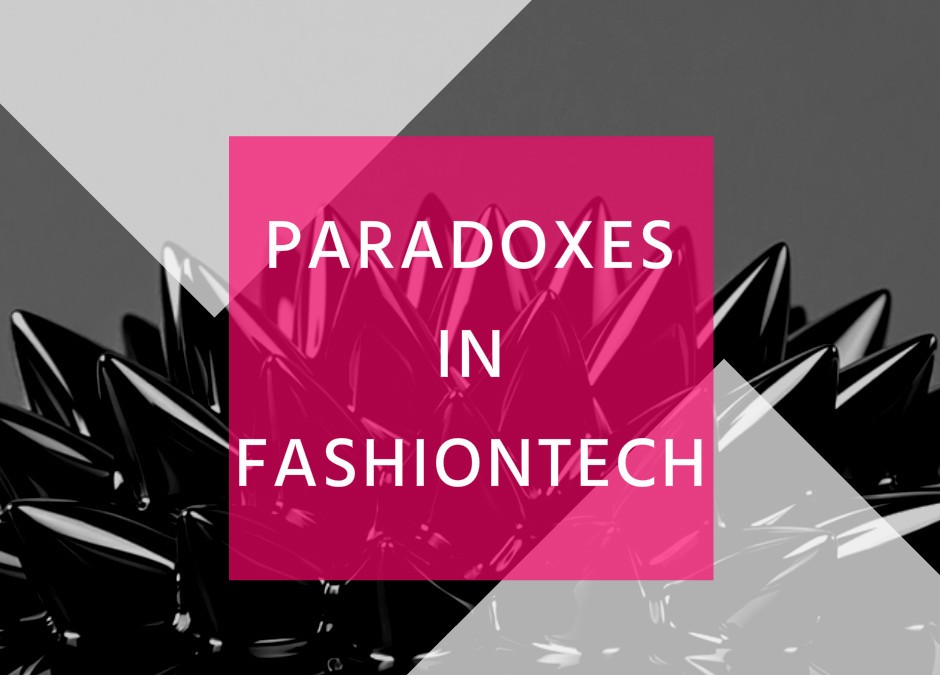 Staying true to our mission to connect entrepreneurs, corporations, the wider public and academia, we were thrilled to have speakers from leading educational institutions. One such speaker was Dr. Conor Farrington, academic at University of Cambridge, working with medical wearables, who gave a polarizing talk at the event, raising some fundamental questions about fashion and tech.

“My role as an academic coming into the fashion world is pretty different from that of a designer or entrepreneur. It isn’t to create amazing new pieces, but to ask difficult questions,” said Farrington, referring to his latest work. As an academic, the research he does adds depth and understanding to the complexity of our relationships with technology. Farrington also stressed on the importance of terminology, especially for emerging industries such as fashion tech. “It might be the most boring part of a paper but what terms you use are really important. Especially in terms of what other people perceive that you’re talking about. We need a new term to describe what is going on [in fashion tech] but the problem is that an entirely new term can often obscure the historical roots of everything we do”. Further in his talk, the academic addressed an old paradox in fashion – does fashion empower or oppress us? – and linked it to developments in the fashion tech area.

Even on a mass-produced scale, clothes and accessories always carry some sort of artistic content. If we link this to fashion tech, such products can make us interact differently with people who are physically around us. Farrington referred to Anouk Wipprecht’s Spider Dress, which reacts if people get into the wearer’s personal space.

On the other hand, tech-infused fashion items offer us the chance to connect with other people digitally and interact with people who are not physically around us. CuteCircuit’s Twitter Dress, which displays tweets in real-time is one such example, as well as their Hug Shirt, which lets long-distance friends feel each other’s embrace through technology. These present an opportunity to express what’s happening in our network but not necessarily around us physically.

Technology enhanced fashion and accessories take personalisation to the next level too. Easy and quick routes to customization allow us to tell new stories about ourselves and communicate how we’re feeling at a specific moment or occasion. In a way, we become the designers for ourselves. “Lots of the medical stuff I do is about getting patients involved in designing their technology and I think there’s probably a lot of scope for that in fashion too”.

Of course, it’s not all rosy in the fashion tech world, and Dr. Farrington drew our attention to a few dangers we should be aware of. ‘Touching on my medical work, lots of people dislike medical wearables because they remind them that they’re sick,” said the academic. This can have similar implications in fashion too. For example, if unfiltered, a garment displaying social media interactions in real-time is an opportunity for cyber trolls and can add to the wearer’s anxiety.

Data privacy is another area for concern. With our lives becoming increasingly digital, it’s a standard for us to give away personal information to sites such as Facebook, Google, and so on, which they can then sell to third parties. Even though we’re in the early days of wearables, we need to be mindful of how the information we give our devices and even garments may be used by the company producing them.

Farrington also touched upon social economic issues from a financial point of view. “In medical, it’s often the case that the people who are most likely to benefit from such devices are the least likely to adopt them, mainly because they can’t afford it.” When it comes to fashion tech, while some of the most innovative products are in the bespoke, luxury end of the market, companies have been trying to create items that combine style, function and price successfully.

In summary, Dr. Farrington advised to take a balanced view of what’s going on – just because smart garments offer empowering capacities doesn’t mean that they can’t also become threatening or troubling. And likewise, just because that’s the case, it doesn’t mean we shouldn’t engage. “The reality is there isn’t a single reality. There are lots of complex and interesting intersections of fashion, technology and culture and what’s interesting to me as an academic is not trying to come up with a single interpretation of what’s going on but to engage and chart the complexity of these interactions, especially as more and more stakeholders get involved.”