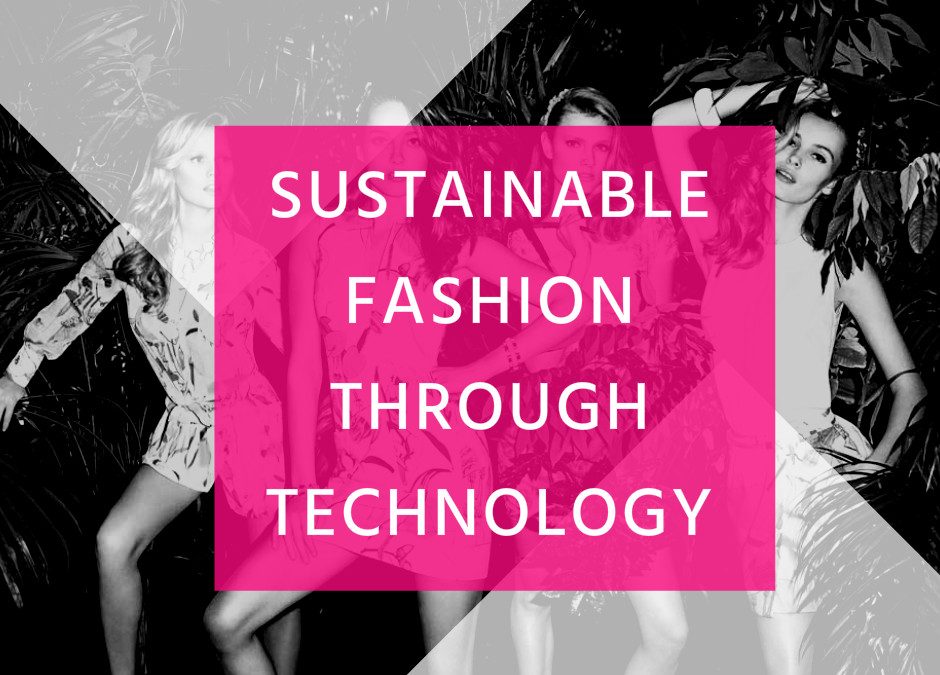 Marianne Caroline Hughes was one of the bright young entrepreneurs who took the INTERLACED stage in September to dive into the topic of how we can use technology for a more sustainable fashion industry.

“Technology and sustainability are two huge influences on the future of fashion and both of them are kind of unpredictable,” started Marianne, presenting some shocking facts about the industry and problem points that make the industry currently unsustainable.

Fashion is the world’s second most polluting industry, second only to oil. It is is also the second largest user of the world’s water, second only to agriculture. Expanding on these statements, Marianne went on to explain that it takes 2, 700 litres of water to make a single t-shirt. This includes anything from the cotton being grown, to the textile production and dying treatment. This, as a result, leads to another effect: pollution. Lastly, the use of water also expands to us, the consumers. “it’s often very easy for us to detach ourselves from the process that causes the pollution but actually when we wash our clothes and care for them, we use huge amount of energy and water. Just by not knowing how to look after our clothes properly we’re causing a substantial amount of pollution.”

Fashion is the world’s second most polluting industry, second only to oil.

Textile waste is another burning issue. “In the UK alone, we have about 1m tones of textile waste a year. Take it to China and it’s about 20m. Take it to other places of the world and people aren’t even brave enough to try and predict it yet”. It’s a problem technology could be innovating on.

The fast fashion phenomenon is an area for concern too. “We’re in the illusion that we’re spending less on clothing but actually the UK average spend on clothing has been increasing year on year”, shared Hughes. All of these issues lead to something called environmental burden. Marianne shared the environmental burden equation, which looks like this:

One of the things she’s been researching to make a change in that direction is social labeling of clothing. Social labels in the fashion industry include Global Organic Textile Standard and Fair Wear Foundation for example, which test for chemical substances in our garments. The entrepreneur examined if wider social labeling on clothes can increase sustainable consumption. “I looked at how big fashion companies are trying to talk about the activities they’re doing in terms of assessing their environmental and social impact but so far no one has worked out how to communicate such issues to consumers in a fun way”. So how can technology help communicate the social and environmental impacts of our clothing and such labels more effective? “A key question was how to engage the younger generation. This is where technology came to mind. There are other ways of labeling garments, aside from physical labels. At the moment, the process of labeling is unethical. It’s a waste of material for something that you’re going to cut off.” Marianne then mentioned alternative ways of doing this, such as digital labels with the use of QR codes. Fashion Footprint is a company that develops such technology.

The decisions we’re making today such as what to wear in the morning are going to have a huge impact on the future of our planet and the future of the people on our planet. And while there’s still a lot to be done to make the industry sustainable, both brands, retailers and us, the consumers should be working towards and acting in a way that brings us closer to such future.