London Fashion Week in September is always particularly hectic. Shows, presentations, pop-ups, events, parties and everything in between. While fashion week newbies try to get to each and every happening, we’ve learned to plan LFW based on quality over quantity.

On the final day of Fashion Scout - the international showcase for fashion pioneers and the UK’s largest independent showcase for emerging and established design talent during London Fashion Week - on our way out from a show, a golden 3D skull sculpture stopped us in our tracks. Formed by flowers and animals, The Alexander McQueen signature skull stood next to a collection of digitally-printed silk scarves, all of which credited Gary James McQueen.

As the nephew of the late Lee Alexander McQueen, Gary James McQueen works in his limitless artistic freedom, while grounded at the core with the iconic McQueen spirit. While he started the brand in 2017,  this is the first time McQueen exhibited at Fashion Scout, part of London Fashion Week.

We spoke with Gary James McQueen about his creative process, why his label is not a fashion brand and continuing the McQueen legacy. 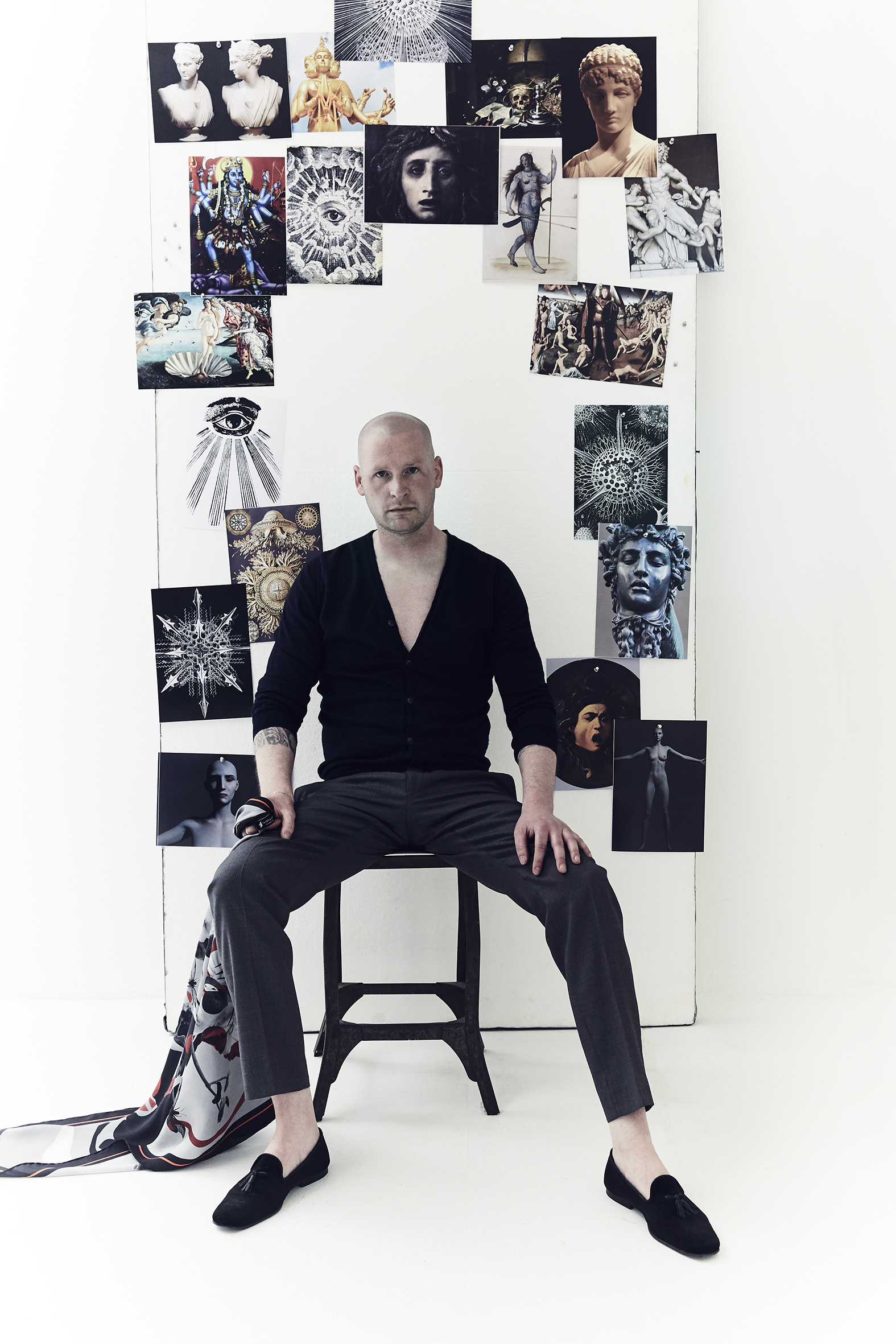 How did you start in the industry? Was launching your own brand always a goal of yours?

I didn’t study fashion, I was given that opportunity by my uncle [Alexander McQueen]. I was always quite artistic and loved creating my own worlds. I studied graphic design, not knowing where I really fitted in because I’m not really a graphic designer. I’ve done it but I craved the whole concept behind the products. From graphic design I went into a job in publishing, where I learnt the whole process around print, image processing, and layout design, which was very, very helpful.

One day, I got a call from Lee saying that there was a position at Alexander McQueen and I jumped on the chance and went along to learn. I enjoyed understanding the different techniques, how you work with and around the silhouettes and combine with textile print, beading, jacquard, hand-painting the 3D canvas.

I worked there for six years, two of which were after Lee passed away.  Even though I stayed, to me, after uncle’s passing, the spirit had left the building. I have a strong vision myself and felt that I wanted to carry on the McQueen spirit, so I decided to do my own thing. I had a strong vision of what I wanted to create and [it] wasn’t very in line with where the new [Alexander McQueen] company was going.

It started with the new Gary McQueen logo, which is The Wolf's Head insignia from the McQueen coat of arms. My products are currently scarves, so the whole concept starts with the storytelling visual narrative that you glue together. The look, the styling, the story. When I first start on a project or on an idea, I separate those two elements - one being the world and the story that I want to tell, and then the other being the actual product.

"You just really have to be ready to put the hard work in, you know? There’s no glamour involved."

How would you describe the Gary James Mcqueen label? A hybrid of fashion, sculpture and architecture?

Yes, it’s a hybrid. For me, the most important thing, and where I start from, is the storytelling element. I brief the photographers, the make up artists, the stylists with my vision in mind. I really like this idea of making art to create an emotion. It’s something that responds with people as well. I just find it so much more engaging, adds much more depth into the work. And that could be scarves, but it could also be a sculpture, wallpaper, a dress, or anything else.

I’m a storyteller and with every story that I create, I want something authentic and believable. It gives people something to step into, the audience and myself. That’s what inspires me to create too, to inspire new ideas.

I can’t really call myself a fashion designer. I understand silhouettes and proportions as a fashion designer and how to create garments but I see myself as an artist and I use fashion as a way of expressing my artistic vision - through photoshoots, costume design, etc. It’s an aesthetic that people come to me for. 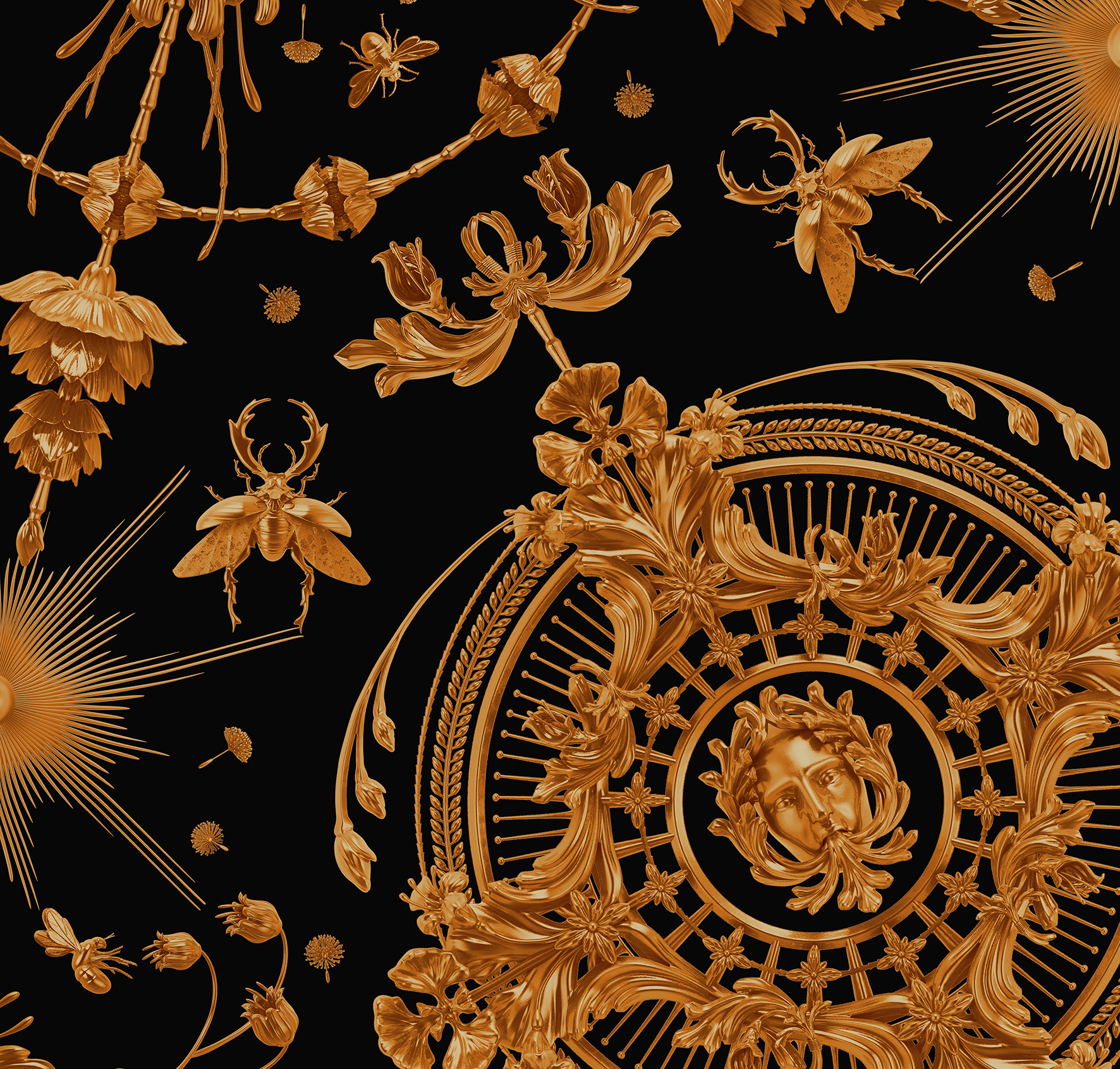 Your work is not confined to a medium, so is there a certain way in which you inform your creative process? What are the stages that you go through when you create?

I have a whole range of skills, from fashion and graphic design to studio photography and creative direction. They really come together when you’re trying to produce a story and a narrative, especially when you’re working by yourself.

Creating is quite a long process actually because I’m fighting with myself. I’m the head of everything, which, in a traditional brand, will usually be a large team. So it takes time to make sure everything works properly.

Building the story takes time too.. I get many different references that perhaps you wouldn’t associate with each other, but they work together to create the outcome. For one of the collections, I have used references like gods, sun worship, star charts, beetles and bees, to create this endless summer, celestial feel to it. In my mind, it’s this just kind of star worshipping ritual or an ancient civilisation that’s just been discovered.

McQueen was one of the most pioneering designers of the beginning of the 21st century, with his shows featuring holograms, 3D design and robots. You also have training in computer technology and innovative techniques. How are you thinking about the future of fashion and design?

My uncle was very revolutionary in his way of thinking and creating. He liked to push things, and so do I. Learning from him, who was very forward-thinking but also quite traditional, I’m in this unique position where I come from a traditional background and know the traditions of fashion and tailoring, but also this cross over into the digital realm of the 4th industrial revolution, of things progressing forward into the 3D generation. I think that appeals to a new audience.

Ten years ago, I started teaching myself 3D sculpting, which was a new way of work which Alexander McQueen was pioneering and I think it’s really the way of the future. It does define my style, so I made my first new collection all 3D sculpted and then from that, I created the print. It has multiple levels to it. So you can take a part of the 3D object and 3D print it as a piece of jewelry if you want. Which comes in very handy if you want to build upon a collection. 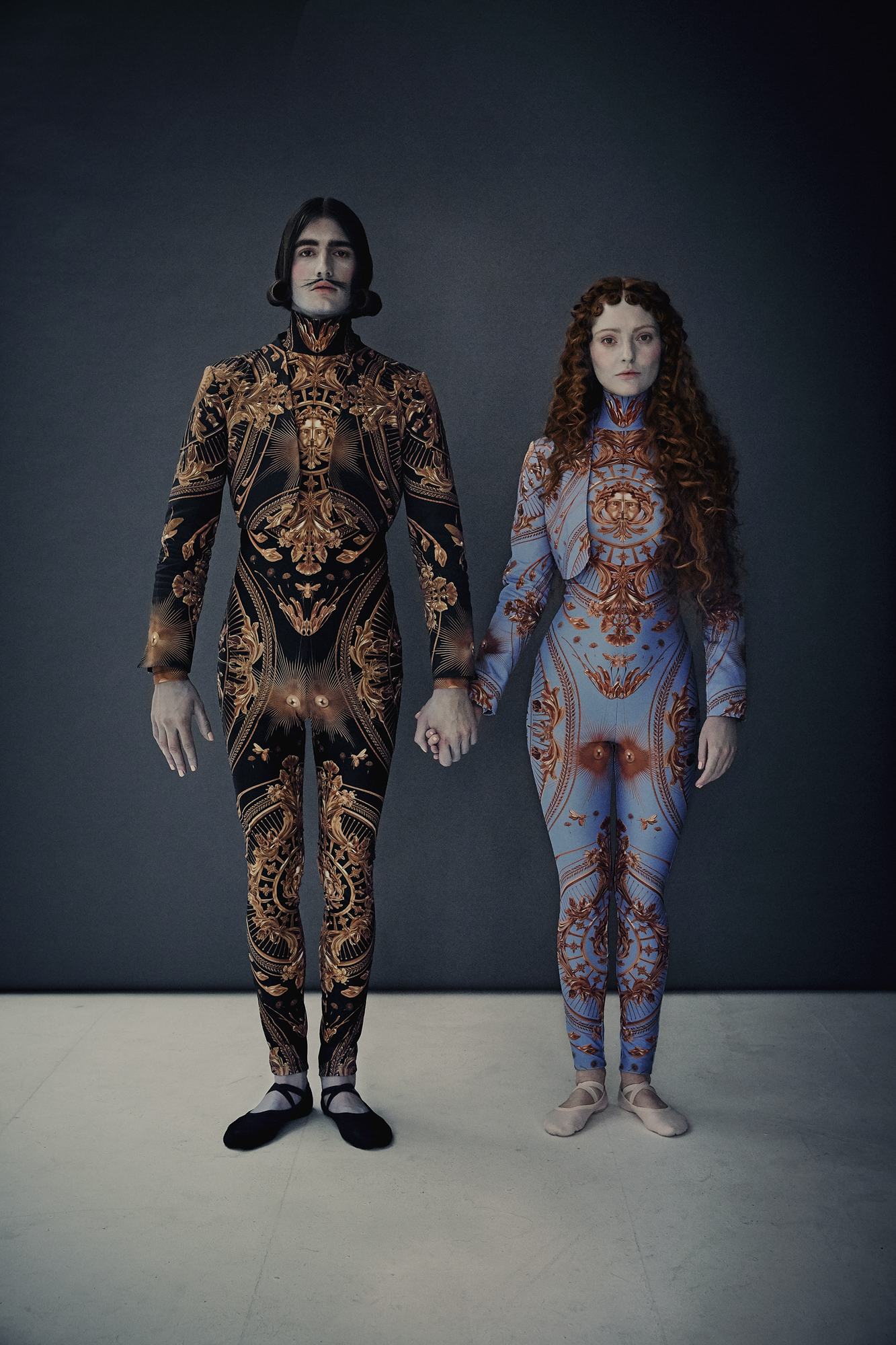 What would be the essential skills for designers, if they want to be successful in, let’s say 10-20 years?

Persistence and a strong mental mindset,  especially when you’re trying to pioneer and push things, and you’re not sure if this is the right way forward. You just have to believe in what you’re doing. Be confident in what you’re doing. Times are still not easy, you still work with really low budgets and money is needed for food and to pay the bills, and to create stuff. I still live like a poor artist, you know. But I try to produce beautiful things and that the quality is always of the highest standard.

Finally, you just really have to be ready to put the hard work in, you know? There’s no glamour involved. You have to be able to improvise to get things done. As long as you’ve decided you’re going to get something done, there are lots of ways in which you can make it happen. But you’ve got to commit yourself to hard work and no ego can be involved in it because you have to treat yourself as a worker. 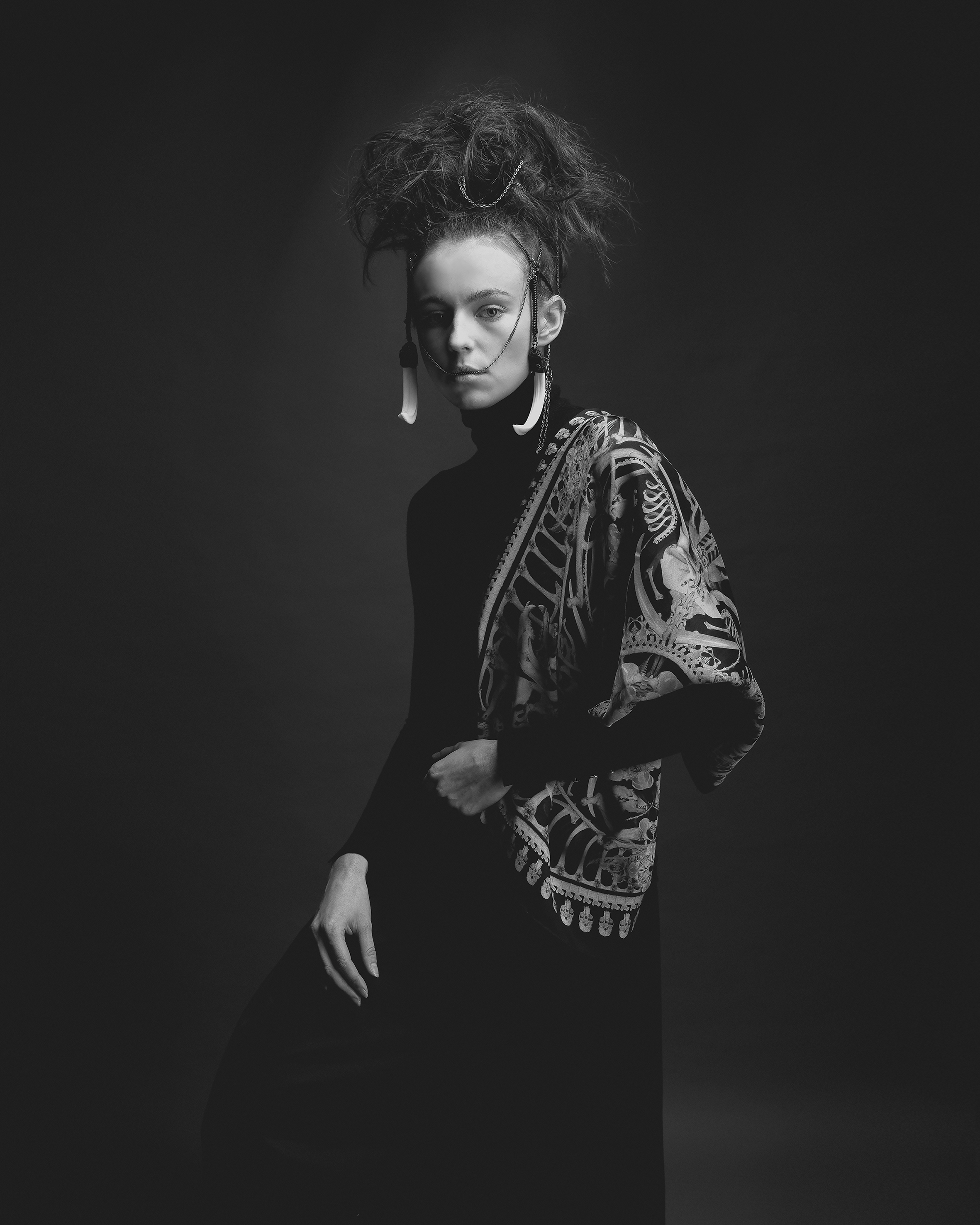 In an interview with i-D, you said: “I’d like to grow the business slowly that’s why my scarves are made-to-order. It’s slow fashion. I saw the pressure that Lee was under and it’s not for me.” Is this the future of fashion and sustainable growth for you?

I like to create things that people can keep unique. Scarves are something special to me and I like to make people see how special that is as well. The story and artwork that comes with it, it’s about that authenticity and story that I like to create.

It’s about not underselling yourself and being patient as well. I don’t want to put out something that I wouldn’t care about. And also, I want the shops that stock me to understand that too, and treat it with the same level of respect and promote the brand in the best way possible.

Sometimes it’s even overwhelming to me, even for the pieces I create. And designers usually create four collections per year, right? There’s just no time to breathe, as a creative. I think there needs to be more balance there, we need to re-evaluate what’s important. 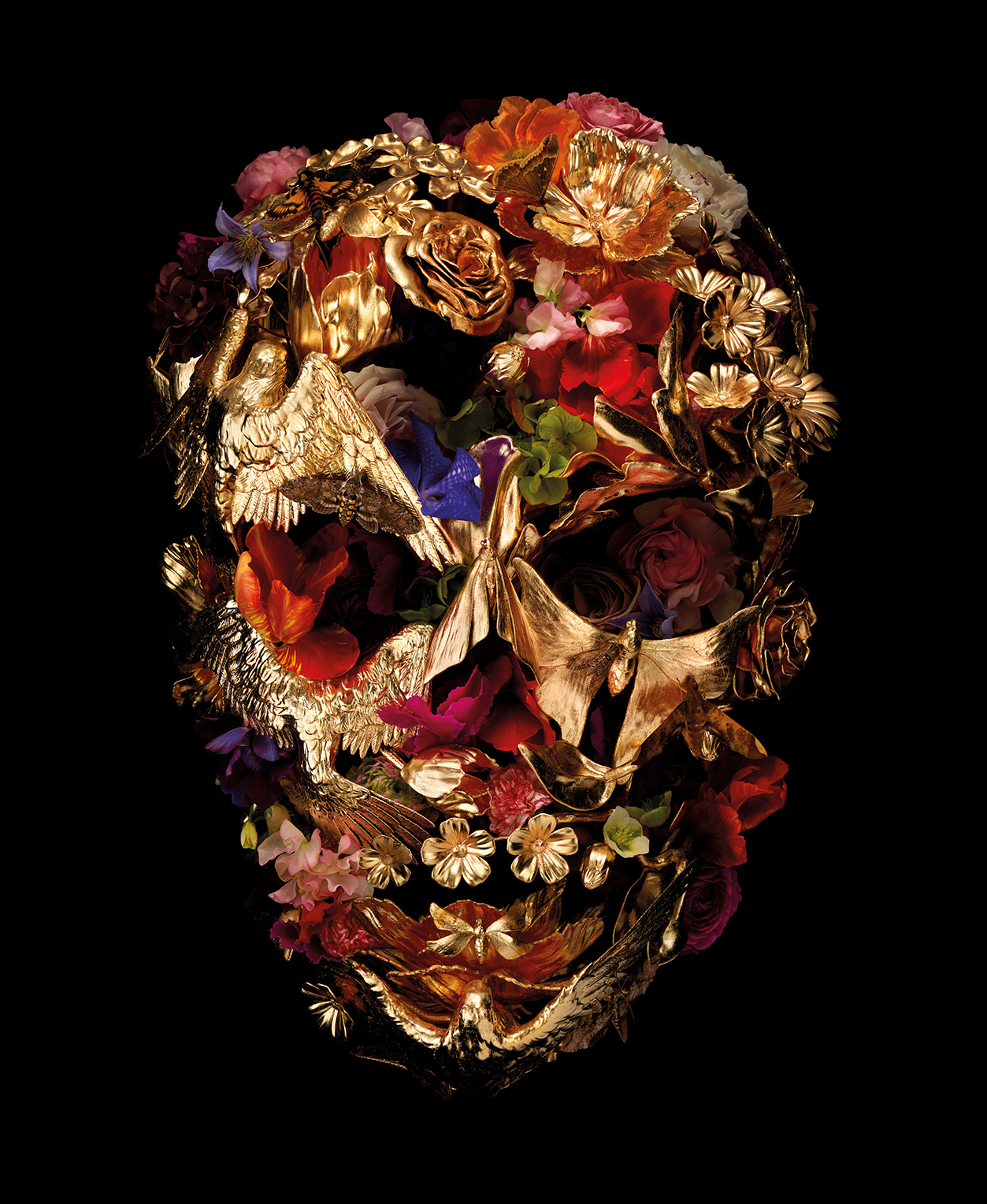 Speaking of shops.. Is the brand mainly online or stocked anywhere?

It’s online only at the moment. I’ve got this difficult situation with my name where it’s like a double-edged sword because Alexander McQueen products might be stocked in the places where Gary James McQueen might want to be stocked. But these retailers would only want to represent one McQueen name so it doesn’t confuse the customer. That said, people that see my work really see the connection I have with my uncle and that the legacy is being carried on, so I’m sure that wherever the products are stocked, they will be sold. That’s not the problem. It’s just getting the buyers to understand that. 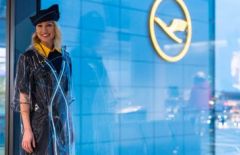 DEUTSCHE TELEKOM AND LUFTHANSA UNVEIL THE FUTURE OF FLYING 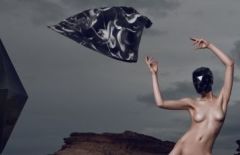 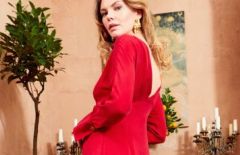 SARVIN FOUNDER ON WHY DOING GOOD BUSINESS IS GOOD FOR BUSINESS 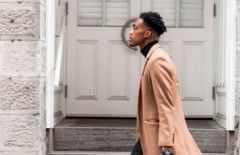 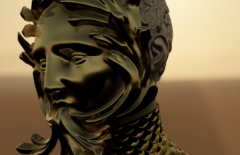 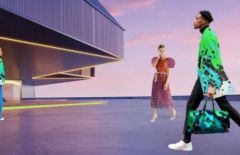