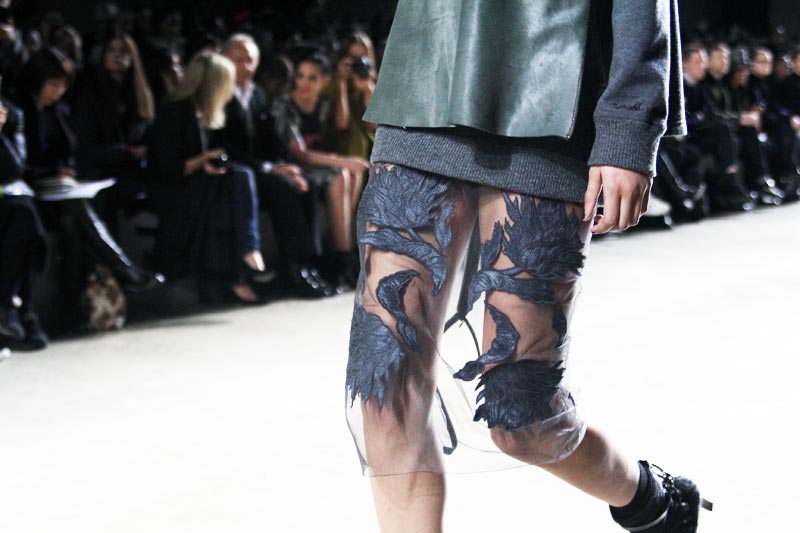 When fashion designer Rebecca Minkoff debuted her Bohemian Fall 2015 collection down the catwalk, the show was filmed using two high-tech cameras to see a 360-degree view of the show. The designer plans to release the show for virtual reality. It will take around 50 days to get the experience ready for viewing.

Available on Oculus Rift, and Google Cardboard which works with Android and iOS, viewers will be immersed into the virtual experience. They will be able to virtually attend the show from the photographers' pit or the beginning of the runway. The VR show experience will feature everything - from models on the catwalk through to celebs at the front rows and flashing cameras from the press pool.

Toposhop is no stranger to being creative with technology. In 2014, Topshop selected five lucky fans to sit on their virtual front row. After asking them to share their London Fashion Week style through Instagram and Twitter, the winners were invited to take seat in the iconic windows display of Oxford Circus flagship store. Then they were donned virtual reality headsets to watch the show in 3D, live from the shows place at Tate Modern

Every season, Topshop go through different platforms and teams with partners to create new buzz thanks to technology. During London Fashion Week, it teamed up with Ocean Outdoor, Twitter and Stackla to identify key trends from FW through real-time Twitter tags. Related products were then flagged up on digital billboards across the UK. The brand’s other LFW tactics also emphasised real-world space by running an in-store vending machine that customers could tweet in return for treats.

River Island and Mindshare teamed up with Google and the British Fashion Council (BFC) to produce 360-degree video footage for iPhone and Android devices. The film looks to raise awareness of the Design Forum, which, in conjunction with the BFC, commissions young UK-based designers to create limited edition capsule collections each season. Shoppers could experience the film when visiting various stores between 24 February and 1 March.

"We are excited to be the first fashion brand to pioneer the use of Google’s new virtual reality technology within the fashion arena. Since the start of Fashion Film, we’ve sought to explore and build on the relationship between fashion and film and now with Google Cardboard via handheld mobile, we are able to reach new technological heights for the viewer." Ben Lewis, CEO of River Island, said.