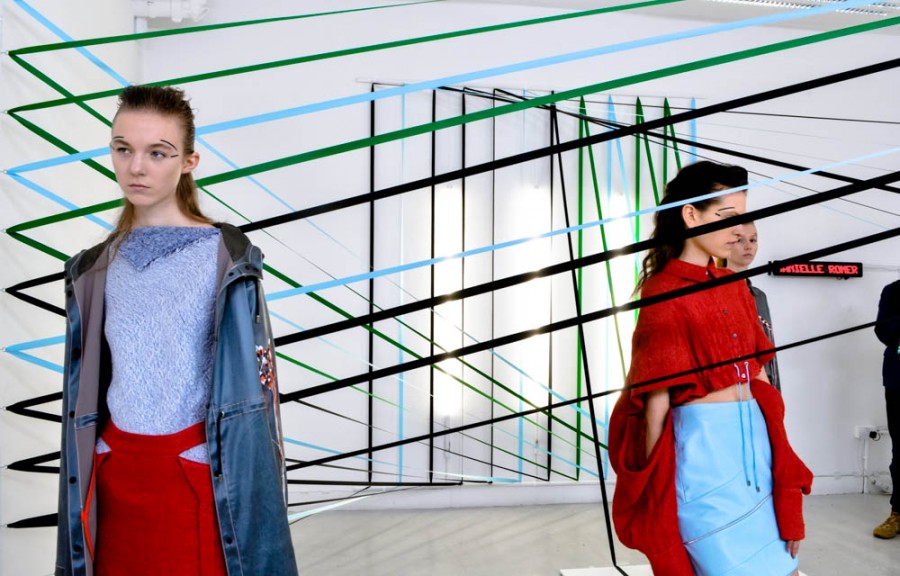 From the Big Apple to the Big Smoke, here are some of our top picks from London Fashion Week A/W16 season.

As more designers warm up to live stream their shows and give fans snippets of their new collections on social media before they even hit the runway, consumers are becoming as important for fashion week as press, bloggers and buyers.

This season, the British Fashion Council, London Fashion Week teamed up with media company Ocean Outdoor to bring the spectacle even closer to the public. The partnership saw some of the most hard-to-get-to shows screened in 60 locations across the UK, including Birmingham, Bristol, Edinburgh, Glasgow, Leeds, Liverpool, Manchester, Newcastle and London. The screenings included daily round ups of shows and presentations as well as last season SS16 showcase.

Always reinventing his endearing take on the awkward and quirky girl, steventai is known for experimenting with unconventional techniques and refreshing silhouettes. The Canadian designer first caught our eye with his Pen Nib Dress, which he designed with creative technologist John Nussey. The armour-like garment, which weighs around 6kg, uses 795 pen nibs that move and vibrate as an alternative to sequins.

For his AW16 presentation, however, steventai’s theme of inspiration was not a distant future but an ode to the old souls. Taking hints from the classic Disney movie Freaky Friday, the steventai girl this season is wise beyond her years, feeling like someone older trapped in a young body. While the theme of inspiration this season might be different for the Canadian designer, his signature can still be traced. As per his previous collections, Freaky Friday celebrates the feeling of ease, mixing casual comfort with innovative fabrics developments.

Sugar, spice and everything nice. From the personalised invitations through the playful model behaviour and glitter-coated pink cupcakes, everything about Charlotte Simone’s A/W16 presentation was so sweet, it left us hungry for more.

This season, the Brit designer, famous for her trademark accessory the ‘fur hood’ (mix between a scarf and hood), reinvented the everyday scarf by embracing a sophisticated new palette of baby blue, pale grey, powderpuff pink and multicoloured rainbow tones. In addition to her signature accessories, the presentation also included a refined line-up of outerwear in shapes designed to adapt to the Charlotte Simone girl’s adventures in the big city.

With a variety of new shapes and textures, the multi functional collection comprised of fur, knits and woven fabrics such as Muffin Top collars, Popsicle scarves and Kaleidoscope wraps. As always, all fur was ethically sourced and Origin Assured.

Hosted in the Scream Gallery, the showcase, which attracted a fun and fluff-loving crowd, turned into a candyland-themed party, with model Daisy Lowe mixing tunes behind the DJ deck. We were up all night to get fluffy!

RETURN OF AN ICON

After an absence from the British capital for more than a decade, this season Alexander McQueen returned home to stage its A/W16 collection. The collection included surreal motives, creatures of the night and mythological symbols, blurring the lines between dream and reality. Unicorns, butterflies, the moon and numerous tiny stars were printed into the eerie garments and accessories.

When the McQueen girls closed the show at the Royal Horticultural Halls in London’s Victoria, the digital buzz didn’t stop. On Tumblr, users were avidly creating and reblogging content to celebrate the fashion house in all its glory. So much so, that Alexander McQueen became the Tumblr fashion world’s favourite brand, dominating content on the social media platform. This beautiful shot of McQueen’s back detail was the most popular post from London Fashion Week on Tumblr one day before the end of London Fashion Week.

Other London Fashion Week news that might have slipped under the radar but you should know about include:

Topshop taps into Nick Knight to shoot its show via Instagram